One of the main questions of new typists is – how long does it take to learn touch typing. Interestingly, we don’t have an exact answer to this question. Because it depends on a lot of factors. 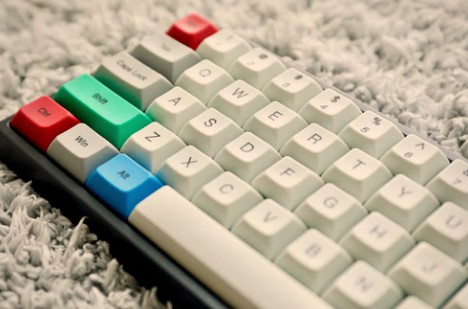 Still, considering all these factors, we can come up with an approximate answer. And, in this post, we will be trying to answer the question of how many hours you will need to be good at touch typing.

How Long Does It Take To Learn Touch Typing?

Touch typing is a great skill to acquire. As we have already mentioned that getting good at touch typing depends on a variety of factors. In this section, we will talk about those in detail.

What is Touch Typing?

Have you seen anybody typing pretty fast without looking at the keyboard? In that situation, their eyes are focused on the center of the screen.

And, you will see that they are tying using both of their hands at the same time. This is called touch typing. In short, if you are typing using all of your fingers without looking at the screen, you are touch typing.

However, in these cases, you are actually following a few set of rules while typing. You are not just typing randomly. Now, let’s talk about some of the factors that you need to be considered to know how long you will need to learn touch typing.

How Do You Type At the Moment?

Chances are you don’t know touch typing. And that is why you are here. In that sense, most probably, you are using the hunt-and-peck method of typing.

That means you look at the keyboard and use maybe one or two of your fingers to type every letter. You might think that doing such is faster than typing without looking at the screen.

Chances are, if you are practicing properly, then you might even be able to start touch typing within 2 weeks. 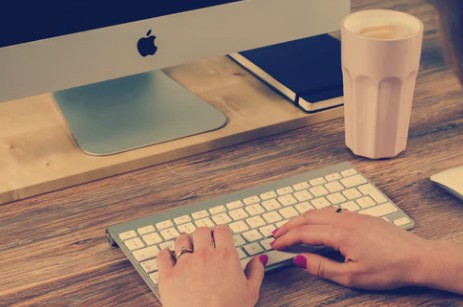 But if you are familiar with touch typing or at least know the basics of touch typing, or you might have practiced a few days and then left. In that case, you might be able to learn touch typing within a couple of weeks or faster. But to get good at touch typing, it will need a little longer.

Also, remember that if you are already good at touch typing using a particular layout, it might take longer than usual to get used to a new keyboard layout.

The Amount of Practice

As always, it will also depend on the quality and duration of your practice sessions. Typically, you should practice every day. And, the most important part of practicing touch typing is to type accurately not faster.

Gradually, you will get faster if you can type correctly without looking at the screen. So, if you are practicing each and every day, then it will be faster to learn touch typing.

However, if you don’t practice regularly. Then you will need a longer time to learn touch typing. You should also remember that practicing for a long time such as for up to 2 hours or 3 hours at once is not good as well.

You should do it for a short period of time. Maybe finishing up 2 or 3 typing lessons each day is enough.

Typing Lessons You are Using

How to Learn Touch Typing

So, you can buy any good touch typing software. But we have another great suggestion for you. Let’s see what we are talking about in the next section.

Now, the internet is full of such websites whether you are can learn touch typing. But not all of them are good or don’t come with a lot of features.

In our opinion, this is the best website to learn touch typing for free if you are a beginner. Why? Because it has a very user-friendly user interface. Also, you can customize various parts of the interface by choosing from a lot of options.

The main good thing about Typing Club is their approach to teach touch typing. They have multiple different lessons depending on the level of the user. And, if you try their lessons regularly, you should be able to learn touch typing within a few weeks.

You can create your account here. They offer numerous stats and feedbacks on your typing practice sessions. So that you will be able to know where you need to improve or which lesson you should practice more and more. Overall, this is a very good touch typing learning website with a great set of courses for free.

This is another great website to learn touch typing. Here, you will not get typing lessons. Rather, it will test your current level via a simple typing test. Then you can start to practice.

Normally, Keybr generates the words, and sentences automatically. Thanks to the Keybr AI, it can detect the weakness of your typing skill. 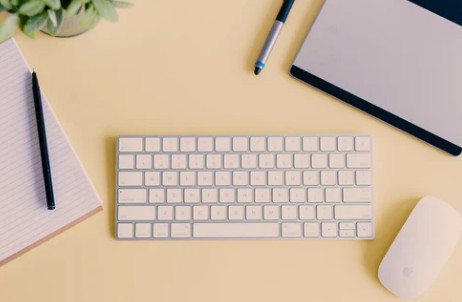 Depending on that, it will offer the words that you should practice more. It will not repeat the same lessons every time. Rather, it will try to teach you to type a few letters at once. That way, you will be able to learn touch typing very fast using this website.

This website also comes with a number of great and effective touch typing cruses for free. They also have premium lessons. But the free ones are enough to teach you touch typing very fast.

Other best websites to learn touch typing are:

As we have already said that it is the most popular keyboard layout. You can see the image above to get familiar with the QWERTY keyboard layout. This layout might be popular but this is not the most comfortable for our fingers and hands. Thus, we have other keyboards layouts as well.

This is another very popular keyboard layout. This layout was designed by August Dvorak and William Dealey back in 1936. The aim of this new layout was to offer a more ergonomic and faster alternative to the QWERTY keyboard layout. Many fast typists in the world are using the Dvorak layout.

Colemak is a newer keyboard layout compared to both QWERTY and DVORAK. It was designed by Shai Coleman back in 2006. So, you can see that it is a very modern keyboard layout.

Even, in this case, the designer of the Colemak layout’s aim was to create a more ergonomic and faster layout than both QWERTY and DVORAK. According to many typists, Colemak is the most ergonomic keyboard layout out there.

Also, it is very easy to learn touch typing using Colemak even if you have learned QWERTY. Because in terms of the key placement, Colemak retains most of the bottom row of the QWERTY keyboard layout.

That means the lower row of Colemak and QWERTY are almost identical. So, you will have access to the popular CTRL+C, CTRL+Z, CTRL+V, etc. shortcuts.

Tips on Getting Better at Touch Typing

In this section, we will share a few quick tips on learning touch typing. So, let’s go…

While learning touch typing, you might be tempted to be a faster typist. However, if you are not typing accurately, then it will not matter whether you are faster or not.

Thus, you should make sure you are not only fast but typing correctly as well. In order to that, all of the time, you should focus on typing all the lessons correctly. 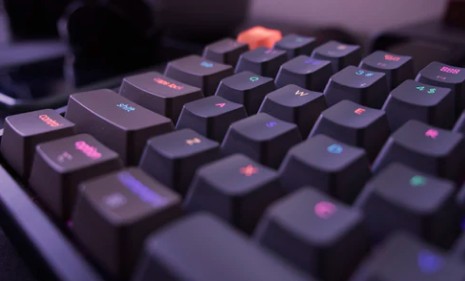 If you practice randomly, it will not improve your typing ability. Rather, you must practice deliberately and distributively. That means you have to know what you are practicing.

Also, you have to make a schedule when you are going to practice touch typing. And then practice every day on the same schedule.

Remember not to practice for a very long time continuously. You should take breaks after 10 to 15 minutes. And, it is better if you practice regularly for 30 minutes each day compared to practicing every other day for 1 hour. Consistency and deliberate practice is the key here.

Do Not Look At The Keyboard 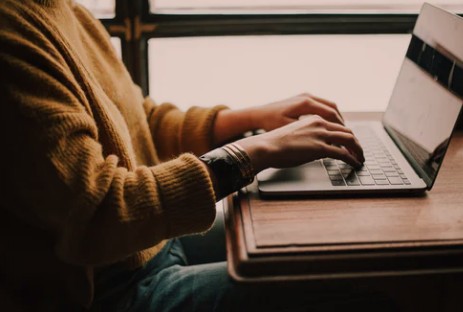 Once you start to practice touch typing, you must avoid looking at the keyboard at all costs. Otherwise, if you have made it into a habit, it will grow on your gradually.

Practice Even When You Are Not

Let’s say, you practice touch typing for 30 minutes every day. But other than that time, you type using the heck-and-peck method. Will it be good in the long run? You know that it will not. So, try to follow the basic rules while typing even if you are not practicing.

For instance, you could always try to put your fingers on the home row as usual. Also, try not to look at the keyboard. And, try to avoid using the heck-and-peck method.

It might be tempting to skip or rush through the practice sessions. In that case, you will face difficulties later. It is worth spending more of your time to learn touch typing in the early days rather than rushing.

Do you know that there are typists that can type over 200 words per minute using the touch typing method? Insane, isn’t it? If you practice deliberately using the proper touch typing courses, you will be able to learn to do so in no time.

We have already told you that it takes merely 1 month or less than that to learn touch typing if you practice regularly.

We hope this post will encourage you to learn touch typing. You can learn any of the popular keyboard layouts as well as per your preference. Touch typing will not make you a faster typist, it will also be comfortable to your fingers and hands.