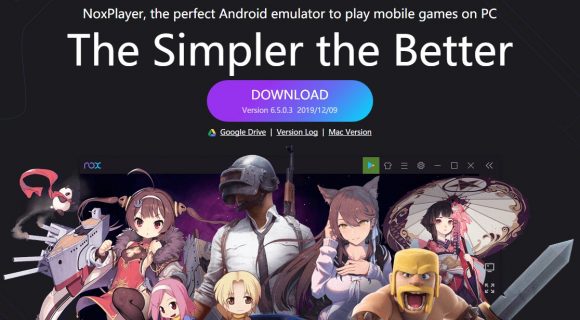 Looking for the best lightweight Android Emulators? Well look no further as this article got you covered. While we are sure there are plenty of emulators out there, this is a pretty extensive list that will give you the answer you need.

Android emulators can come in handy in a lot of ways. First off, if you love to play Android games on a bigger screen, then you would love an emulator. On the flip side, if you are an Android app developer, you will be able to build and test the apps with the help of the emulators on your PC.

There are numerous Android emulators available in the market. However, not all of them are developed equally. So, we have compiled this list of the best lightweight Android Emulators you can try right now.

So, let’s see what those are…

Note: There is not any single best Android Emulator out there. It all depends on the user’s perspective and requirements. Thus, the chronology of the names of the Android emulators here is random.

Most of the new Android emulators are not that good. But that is not the case for MEmu at all. This is an emulator from ‘Microvirt’. This company started back in 2014 and they released MEmu in 2015.

At the moment, it has been downloaded more than 20 million times. So, you can guess the popularity of this Android app player. By the way, it is totally free. It is compatible with both NVidia and AMD GPU. So, you can use the ‘GPU acceleration’ feature in either case. This emulator is especially aimed at gamers. It is known for outstanding gaming performance.

Another awesome thing is that you can use the ‘Multiple Instances’ feature to play multiple games with multiple accounts at the same time. It supports keymapping, gamepad, and keyboard-mouse combination. Also, you can run either Android Kitkat, Lollipop or even Jelly Bean in this emulator. Overall, this is a great lightweight Android Emulator. 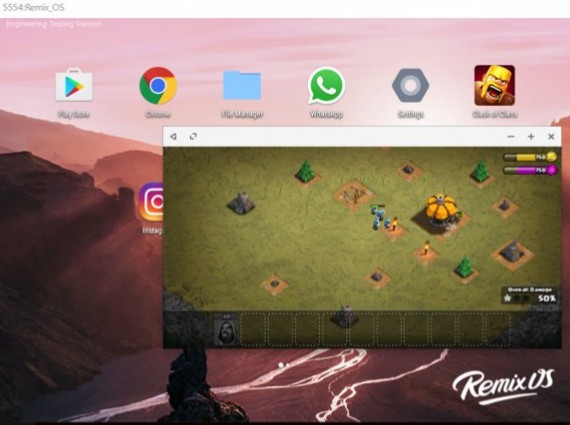 The second android emulator on our list is from ‘Jide’. It is also another free to play Android emulator. Similar to MEmu, it can also run multiple games at once.

The Remix emulator runs on Android 6.0 (Marshmallow). As it is developed based on the Android Studio, it is one of the most optimized Android emulators on the market. So, it is not only great for gamers but also suitable for app developers as well.

For gamers, it supports keymapping and multiple windows. The only downside of this emulator is the developers have stopped rolling new updates for this a long time ago.

KOPlayer is another discontinued android emulator which is still a viable option as a great Android emulator. Even though the developers are not rolling out new updates anymore, still it is a very powerful emulator, to say the least.

It is developed using kernel technology which based on x86 architecture. So, it can run any games and apps on your PC smoothly. It is a free app player. KOPlayer supports keyboard keymapping, mouse, and gamepad support.

Added to this, you can also record and share gameplay videos with KOPlayer. The only drawback of this android emulator is that you might face difficulties while uninstalling it from your PC. 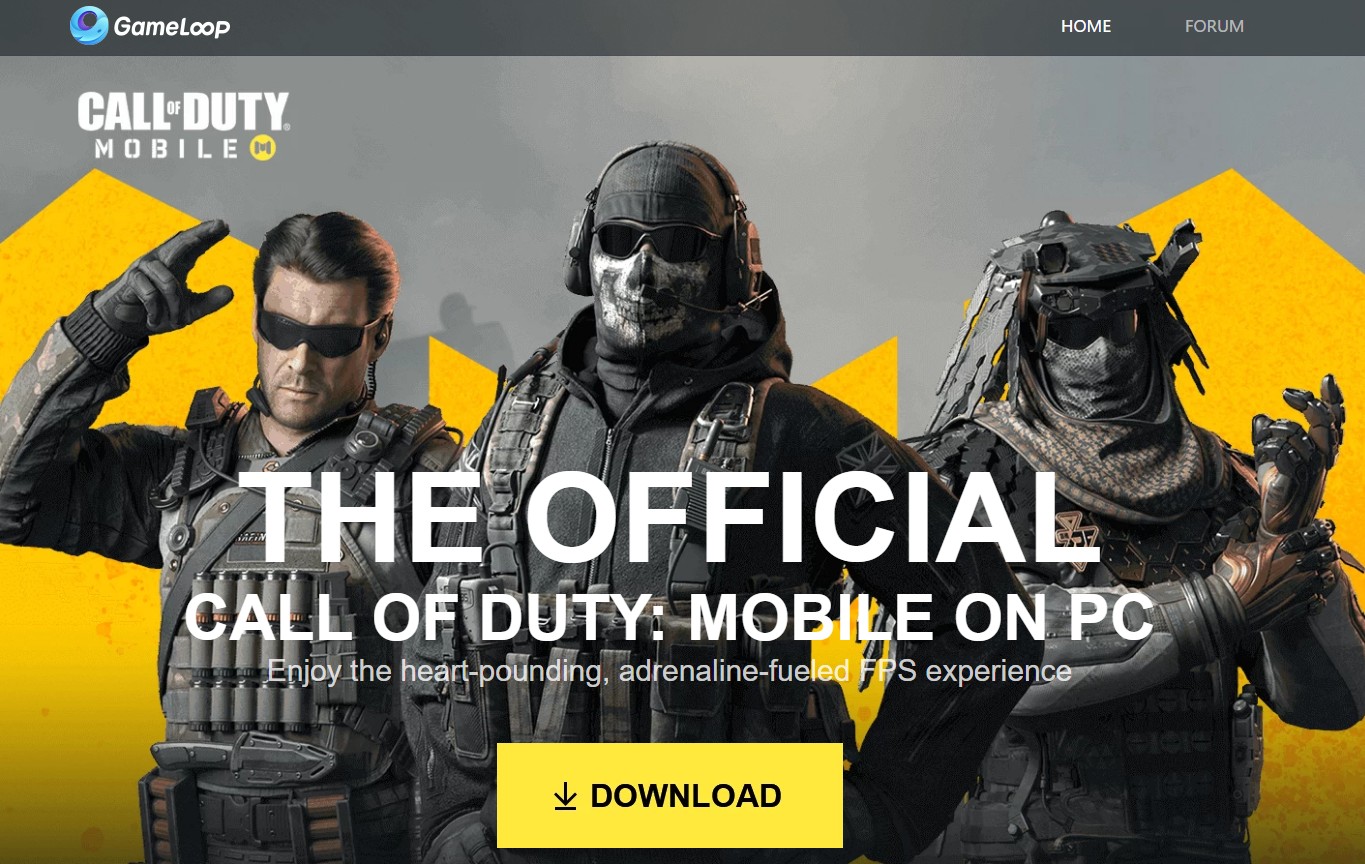 If you are a fan of the new Call of Duty Mobile and want to play it on your PC, then there’s no better alternative than the GameLoop Android emulator. It was developed by Tencent.

For the record, Tencent is the company behind PUBG Mobile and more popular games and apps. This Android emulator was previously known as ‘Tencent Gaming Buddy’. So, it is ideal for playing games like CODM and PUBG mobile on your PC.

However, it doesn’t support most of the other Android apps and games. Also, it is suitable for testing apps. But this is best for playing high-end games as it comes with keyboard, mouse, and gamepad support. 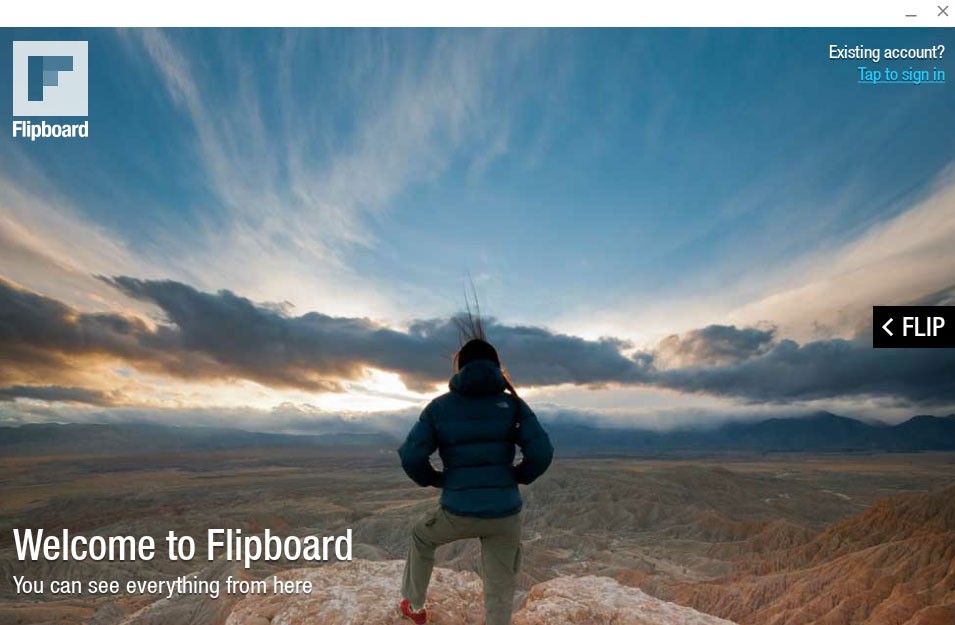 ARChon is a lightweight Android emulator. But we can tell it for sure that this is not great for gamers as it was developed as a chrome extension. Thus, you will have to install it on Google Chrome as an extension.

Then you can run the Android apps directly on the browser. But, this emulator has a few issues. First of all, it is not easy to install. Secondly, even if you have installed the emulator, it is very tricky to install and run Android apps or games on it.

On the bright side, it is compatible with most of the operating systems which support Google Chrome or any Chromium-based browsers.

It is also another free yet powerful Android emulator. Truthfully, this is a good option for tech-savvy users. Because you can run it on your PC in 2 ways. And, both of the methods are not that simple.

First, you can use it as a Virtual Machine installation. And, you can also boot your PC directly using the Bliss OS emulator. So, if you are looking for an Android emulator to run Android on your PC natively, you can use this one.

Another great thing about this emulator is that it runs on Android 8.0 (Oreo). And, in our research, we have found out that this is the only emulator which runs on this newer version of Android. 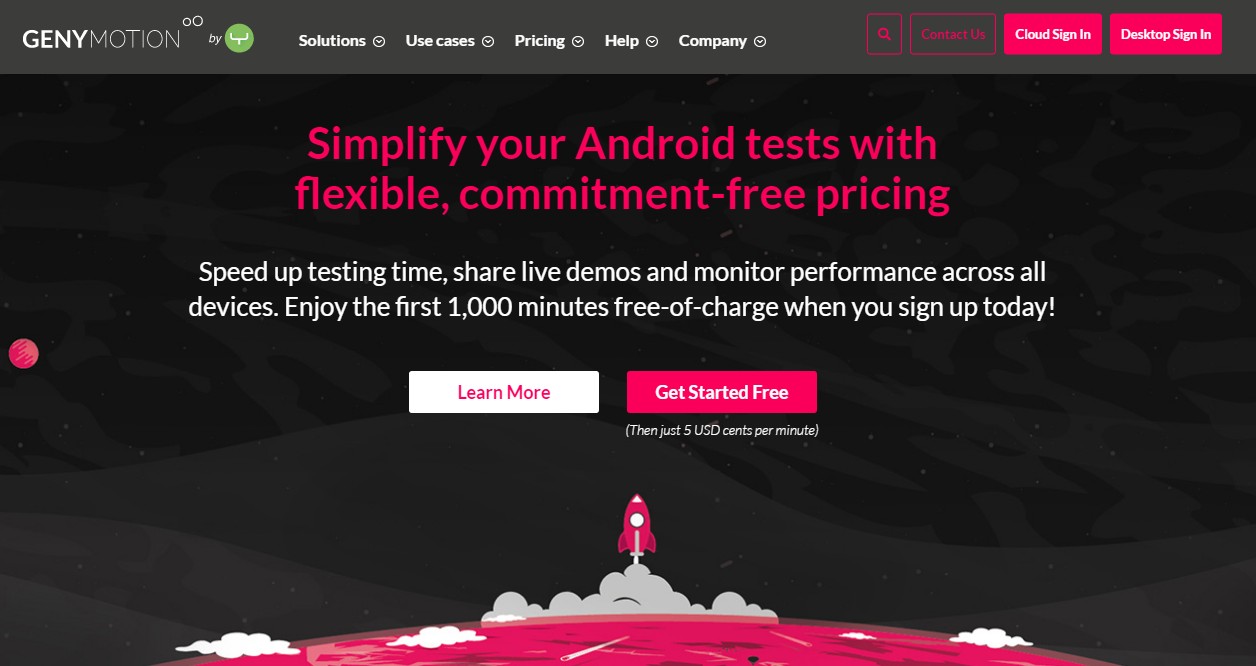 Honestly, this is one of the most powerful Android emulators on our list. However, it might not be good for gamers. On the other hand, it is the perfect solution for developers. It is mostly a premium emulator.

However, there is a free version as well. You can use this emulator in 2 ways which are by installing on your computer or directly from the cloud. That means, even if you don’t have a high-end PC to run this emulator smoothly, you can take advantage of the Genymotion cloud feature.

This emulator allows you to test apps on multiple devices and on multiple Android versions at the same time. A lot of top developers in the world use Genymotion to test their new Android apps. 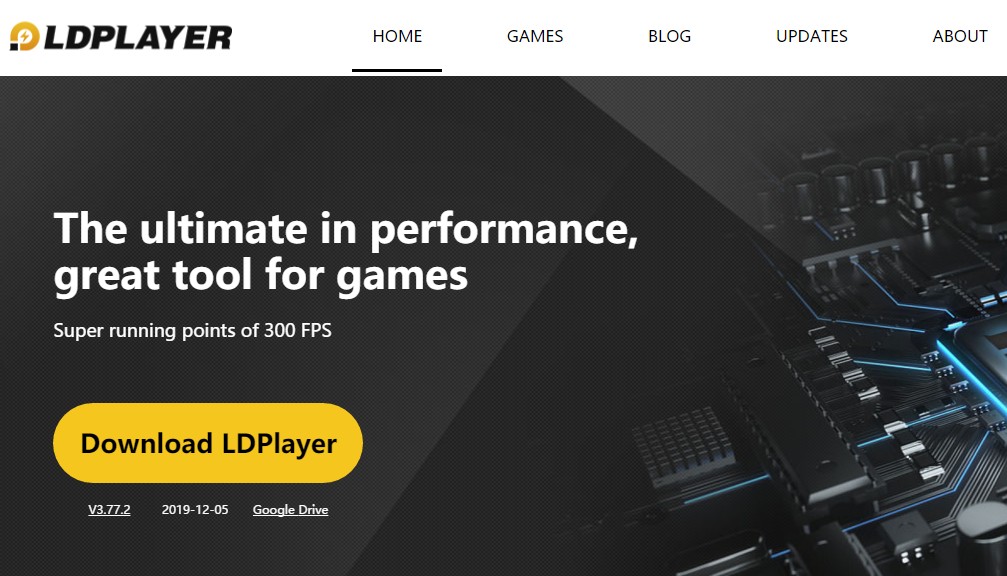 If you are on the look for a lightweight Android emulator for playing games mainly, then this could be a great choice. It is compatible with most of the popular Android games and it is completely free. Also, it comes with lots of features that will help gamers.

For instance, you will have features like keyboard keymapping, multi-player, keyboard macro, virtualization, and more. You can also play multiple games or the same game from multiple accounts at the same time.

The only drawback of this android emulator is that it runs on Android Lollipop (5.1.1) which is a bit older version of Android. But if that is not your issue, then you can try this one for sure. Because behind LDPlayer, some dedicated developers are working and they are rolling out new updates of the emulator frequently. 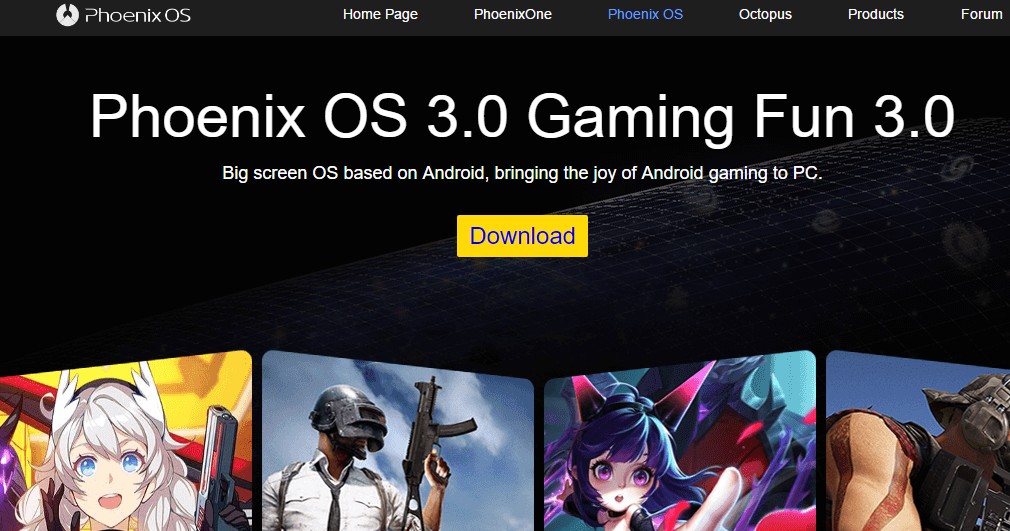 This is also another free Android-based emulator. It is intended towards the gamers. So, if you love to play Android games on a large monitor, then this could be a perfect choice for you.

It is compatible with all the apps and games of the Google Play store. And, it comes with Android Nougat (7.1). For gamers, it has a lot of unique features. For example. The ‘smart casting’ and ‘smart shooting’ mode are great for playing MOBA and shooting games using your mouse.

It also supports key mapping, gamepad emulation and more. Overall, this could be a great choice for Android gamers. 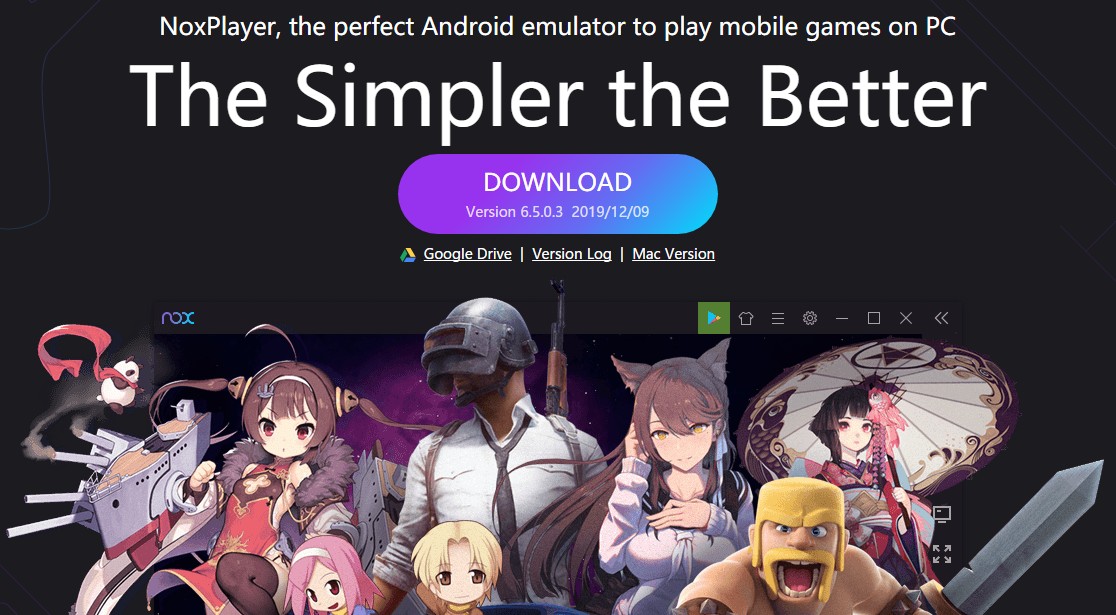 NoxPlayer is another reputed Android emulator. It is compatible with both Windows and Mac OS. And it runs on Android Nougat (7.0). So, it is a relatively newer Android version for an Android emulator. This emulator receives regular updates.

So, it is highly reliable compared to some others. Similar to most others, this is also developed primarily for playing Android games on a PC. And, you can get it for free. It supports most of the popular games including PUBG Mobile, Clash of Clans, Clash Royale, Call of Duty, and more. 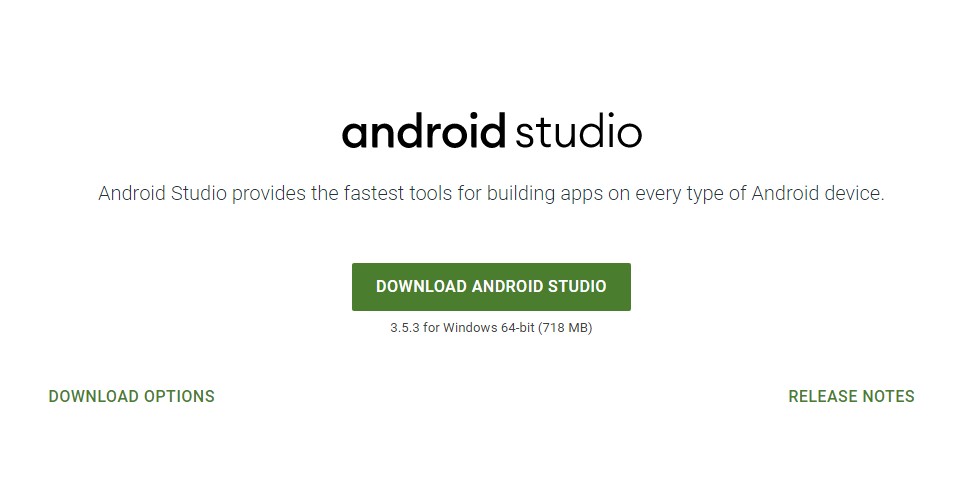 To Android app developers, this is nothing new to be introduced. But if you are searching for a gaming Android Emulator, then this is not for you.

However, if you want to develop Android apps and games, you can use this for sure. This is the official Android app development IDE from Google.

So, it is one of the most used Android emulators to the developers to build and develop their apps. You can use this one for free of cost. And, it receives regular updates.

Last but not least, we have Bluestacks on our list. You might already be familiar with this Android emulator. This is one of the most famous and most downloaded Android emulators in the world.

At the moment, there are over 370 million active users of Bluestacks across the world. This emulator runs on Android Nougat (7.1.2). And, all the other features make it perfect for playing high-end games on your PC.

You can set intuitive key mapping whether you are using a keyboard, mouse or a gamepad. It also supports ‘multi-windows’ & ‘multi-accounts’ like other high-end Android emulators. However, it also has some downsides.

For instance, it is not that lightweight. Also, you will need a good build to run this emulator smoothly. There are some instances even it freezes on high-end computers as well. If you can deal with these, it can be a good option. You can use it for free (with ads) or by paying a monthly fee.

We have provided a list of the 12 best lightweight Android Emulators in this post. It is true that there are a lot of other emulators available. However, most of them come with bad optimization and lack regular updates.

Also, some of them are known for bugs and glitches. So, we have included only the best ones on this list. We hope this will help you to play Android games or develop and test your new Android apps on PC.

So, which one do you think the best Android Emulator on our list? You can leave a comment to let us know!